The line runs from Rhiw Lleidiog (where slate is exchanged with the standard gauge), through Llanfair ar y Ffos (where there is a junction with a slate branch), Hendre and onwards to Gallt Llwyfen. Due to a local disturbance in the space-time continuum, the line towards Gallt Llwyfen currently joins up with the slate branch from Llanfair, causing a convenient but unexpected continuous run.

Initial construction was focussed around Hendre and Llanfair ar y Ffos, followed by completion of the continuous run. A reversing loop was added in 2015 and the main line from Llanfair towards Rhiw Lleidiog was completed in 2016, with the first group meetings on the extended line in 2017. 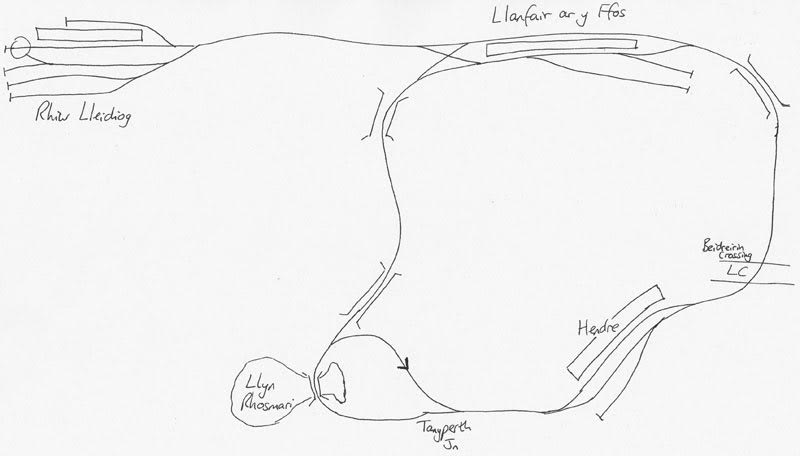